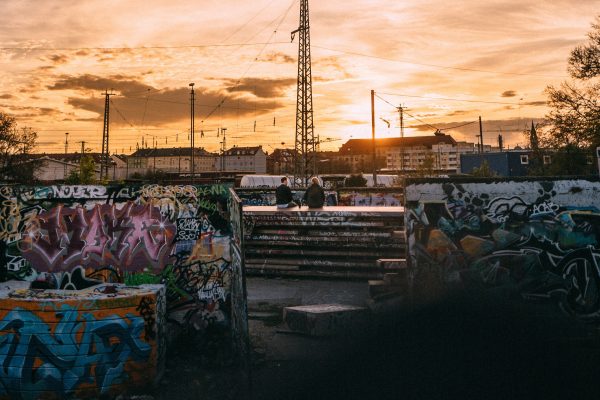 Beyond Charity, Into Relationship

I remember being about nine when I first truly encountered Christianity. I had grown up in a fairly irreligious home. The issue was more that religious people believed just another fairytale among the plethora of other fairytales. I was raised to question everything; the world consists of conflicting narratives – live with the tension.

About this time, I discovered a soup kitchen run by a local church, and something so real seemed present in the people and the way that things were done. As I got older, the narratives of apartheid disappeared from the midst of our playground on the border between our ‘white’ and the neighbouring ‘coloured’ neighbourhood, so I started to ask more questions, and my distaste for religion deepened.

In my mid-twenties this changed. I came to faith and found myself drawn into this world of life, death and resurrection. I fell in love with the person of Jesus — this man who challenged power, archaic systems and religious elites appealed to me greatly. I remember praying asking g-d to use me to ‘reach the nations’ — a popular moniker within the movement I was in at that time. I wanted to be a missionary in the places no one would go.

People change though, and in studying theology I found my world deconstructed again and all the old questions came back to me. I began working with a small group of homeless people and at first the natural charitable actions of food and shelter came to me, but the person of Jesus just kept drawing me back to questioning why they were poor and on the streets. I quickly discovered that asking those questions in some institutions was taboo. I remember being told you love the poor because you are poor. Around this time an old man who lived on the streets named Edward had become my friend, despite his drinking and my anger towards his situation (because make no mistake, anger towards those situations can cut connection as easily as the dispassionate suburban fortress). One night I went to buy some food and found Edward drunk and merry in the local fish and chip shop asking for money. Head down, shuffling from person to person, he stopped in front of me, asking for money. I offered to buy food and he looked up. Instantly his face changed and he said I won’t take money from my friends. We can eat together, but not this way.

That day changed my heart and my mind forever. The Jesus of the bible, we are told, wants relationship, and so should we because it changes everything. Relationship moves us beyond charity, it challenges us to challenge what we see and understand.

Movements like RESPOND are necessary as they are an entrance for many people and a help to move from charity to relationship, but only if we view our giving as a pathway into genuine relationship beyond our financial capacity. So as we give we should look to pack care parcels, help rebuild homes, eat meals together, celebrate life.

Those relationships will lead towards justice, because a true friend should never be content to see you living on the streets, in an informal home, defecating in a longdrop, attending an unsafe school, a university where you are sleeping in the lecture halls or a church that wants to have you sit in certain areas because you make the congregants uncomfortable.

So take up the challenge of Jesus; give, but do it in a way that means that at some stage you are coming face to face with others not like you, forming relationships, keeping your eyes and ears open. Then, as the Apostle Paul admonishes us, we may truly be imitators of Jesus.