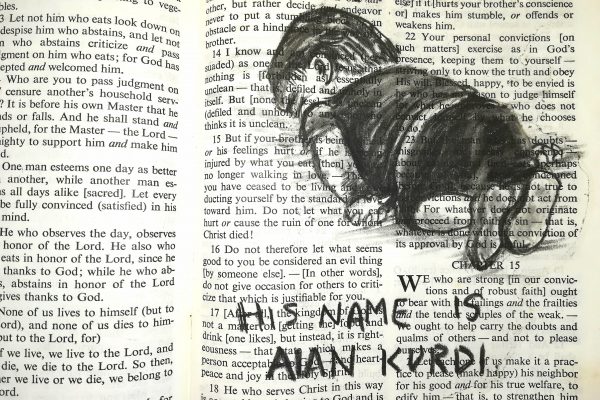 (This creed professes the Christian faith through the experience of an immigrant.)

I believe in Almighty God,
who guided the people in exile and in exodus,
the God of Joseph in Egypt and Daniel in Babylon,
the God of foreigners and immigrants.

I believe in Jesus Christ,
a displaced Galilean,
who was born away from his people and his home,
who fled his country with his parents when his life was in danger,
and returning to his own country suffered the oppression
of the tyrant Pontius Pilate, the servant of a foreign power,
who then was persecuted, beaten, and finally tortured,
accused and condemned to death unjustly.
But on the third day, this scorned Jesus rose from the dead,
not as a foreigner but to offer us citizenship in heaven.

I believe in the Holy Spirit,
the eternal immigrant from God’s kingdom among us,
who speaks all languages, lives in all countries,
and reunites all races.

I believe in the forgiveness of sin, which makes us all equal,
and in reconciliation, which identifies us more
than does race, language, or nationality.

I believe that in the resurrection
God will unite us as one people
in which all are distinct
and all are alike at the same time.

Beyond this world, I believe in life eternal
in which no one will be an immigrant
but all will be citizens of God’s kingdom,
which will never end. Amen.

“The Immigrants’ Creed” is excerpted from The Book of Common Worship: 2018 Edition. © 2018 Westminster John Knox Press.

Artwork by Zach Stewart. You can read more of his reflections and see more of his art in this blogpost: Art, Faith and Burden

Craig Stewart June 1, 2021
PrevPreviousIn Christ, there is no difference… Part 2
NextWho Are Our Neighbours?Next