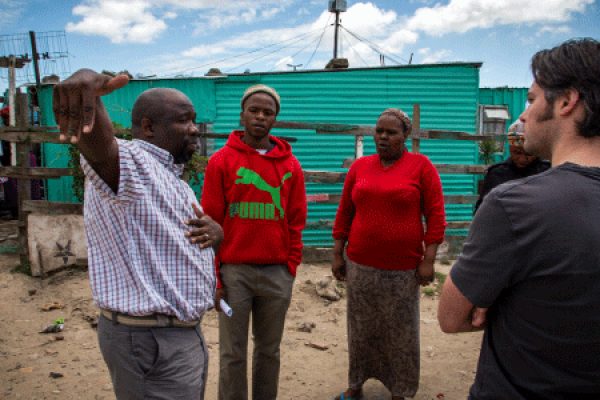 The Doctor Comes For the Sick

“And the scribes of the Pharisees when they saw that he was eating with sinners and tax collectors, said to his disciples, “Why does he eat with tax collectors and sinners?” And when Jesus heard it, he said to them, “Those who are well have no need of a physician, but those who are sick. I came not to call the righteous, but sinners.”

I think this statement that Jesus makes is so interesting. He is so brilliant in the way he does and says things. The invitation is always there for all who are willing to accept. But for some, it is more difficult than others.

In this fascinating statement, Jesus never once puts anyone into a box. He says that he came to call not the righteous, but sinners, but he never ventures as far as to say who is who. He leaves that up to the individual. If you are ready to admit that you are sick, in need of healing, the healer is ready, waiting for you.  But if you claim to be fine, well, he did not come for the healthy.

Jesus presents all present with a chance to do some soul searching. A chance to do some deep and honest introspection, and a chance to be authentic about what they find. For the tax collectors and the sinners, it is easy to admit their sickness. After all, it is the message that society has been telling them their whole lives. But for the Pharisees, whose whole identities are wrapped up in showing the world how holy they are, it is a little more difficult.

Jesus is not confused. He came for them all. He is well aware that they are all sick, in desperate need of a physician. Not least of all the Pharisees, whose sickness he points out in almost every interaction (‘you hypocrites’, ‘you are full of robbery and wickedness’, ‘you foolish ones’, ‘you concealed tombs’ etc.). In his statement saying that he came for the sinners, he is not excluding those who have built their existence on a façade of righteousness, but he is inviting them to remove it and step into healing and wholeness. For he knows that such healing requires an acknowledgement that there is something wrong. Yet he also knows that such an acknowledgment requires a large dose of humility. That the eye of a needle looks pretty small to a camel.

This story reminds me of another. The one with Jesus and the woman who had been caught in adultery. In this situation, Jesus makes a statement which requires a similar process of self-reflection for the individuals present.

“Let him who is without sin be the first to throw a stone at her.”

Not once does Jesus point fingers, saying who qualifies to throw stones and who doesn’t. He allows them to make that judgement of themselves, despite being fully aware that none were qualified.

I think these interactions in themselves were healing for those that were present. In the first interaction, for the tax collectors and so-called ‘sinners’, it was healing because for perhaps the first time, they had been publicly included and invited in. Yes, they were sinners, but all of a sudden, there was hope for redemption. I believe it was healing too for the Pharisees. Until that moment, in no aspect of their lives was their holiness questioned. All of society (likely even themselves) had bought into that narrative, hook, line and sinker. Then all of a sudden, this mysterious man, who is endlessly maddening, but somehow makes you want to follow him around everywhere, says, tauntingly, that he only came for sinners. And for some reason, his words cut through all of your pretence as you realise that this includes you. And in this realisation, comes the realisation that he came for you too, if only you could admit it.

And in the second story, I think there was healing (or at least the potential of it) for each of the condemners, as they were forced to humble themselves by owning up to their imperfection, dropping their stones, and walking away. And I’m sure too that it was healing for the woman, as she went from being cloaked in fear and shame, to being accepted, loved and empowered.

Jesus’ invitation still stands today. There is healing, if only we will authentically examine ourselves and our histories, and own up to our brokenness. If we carry on limping around, leaving bloody trails behind us as we walk, but claiming (and believing ourselves) to be fine, we will never become whole. Because the doctor comes for those who are sick.

Clearly we are sick. Our country is still reeling from a history rife with deep injustice. The wounds are there even when we pretend that they are not. Some are marked with scars of superiority. Some are limping from wounds of fear. Some are bedridden with diseases of mistrust. Some continue to carry inferiority. We all bear the marks somehow.

For some, the sickness is easier to admit to than for others. But the invitation remains for us all. All that is left is for us to humble ourselves and step in. For to acknowledge that you need healing is not a weakness, but a strength. After all, our healing is wrapped up in the healing of each other, and thus the pretence of wellness serves no one.