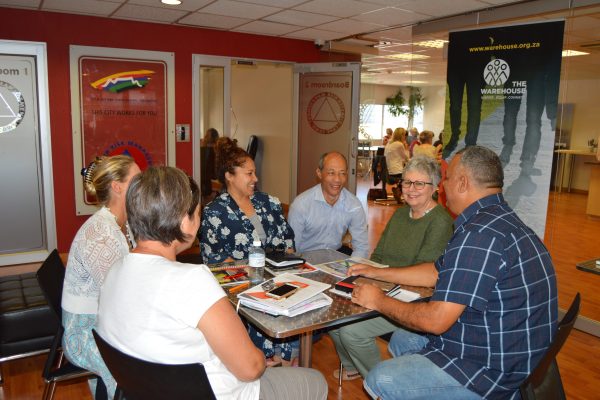 The Church responding to disaster

In 2008, violent Xenophobic attacks were rife throughout our nation, with large numbers of people being displaced. This led Churches to deliberate discussions around greater co-operation during times of disaster. Because of these discussions, a Warehouse-led coalition of several Church and Christian Faith-based NPO’s – RESPOND – was birthed.

Lester Sedras, the RESPOND coalition catalyst explained, “We are a supportive coalition to the Disaster Response Management Centre who holds the primary responsibility in terms of disasters. We employ a collaborative approach which leverages the strengths of each organization, offering resources of time, skills and material goods.”

RESPOND seeks to co-ordinate the Church’s response to disaster incidents, identifying, connecting and communicating with various roleplayers in communities and churches and coordinating the collection and distribution of material goods. In all that RESPOND does, the goal is that those who have been worst affected by the disaster are cared for in ways which are relevant, efficient and honouring.

A recent workshop was held at the City’s Disaster Risk Management Centre in Goodwood on the 30th of March where the RESPOND team hosted representatives of new churches wanting to learn how to respond effectively to need in times of disaster. A participant, Deacon Merryl Preston of the Methodist Church commented after the workshop, “This was an informative session. We’ve been introduced to new thoughts and built relationships that we intend to use as we share thoughts around helping in disasters.”

The Respond coalition operates through individuals, churches, denominations and NGOs cooperating within and across various regions and zones. The City of Cape Town region is divided into 4 Disaster Zones (Central, East, South /West and North) which are all co-ordinated by a Disaster Area Manager. The workshop of this past weekend was aimed at establishing the RESPOND Zonal teams along the same lines as that of the City to ensure that we are resilient enough within these zones to assist when smaller incidents happen.

The RESPOND coalition is growing. It has extended as far as Paarl this year and will soon be active in Jeffreys Bay as well as the Langeberg region.  The Warehouse has developed and produced the resource ‘A guide for those wishing to help during time of disaster’. For those interested and wanting to participate in RESPOND, please contact respond@warehouse.org.za and for those interested in donating please follow this link to donate, please use ‘respond’ as your reference.

Craig Stewart June 1, 2021
PrevPreviousMay 2019: What Would Jesus Vote (Part 2)
NextChildren at Risk. Whose Children are they?Next