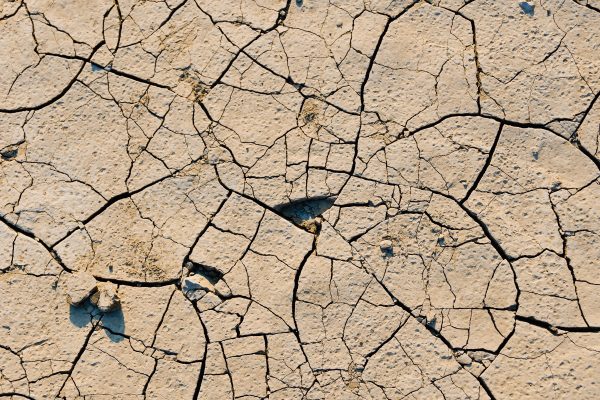 A person is collecting water from a river one day when all of a sudden she sees a baby floating down the river towards her. Quickly, she wades into the water, lifts the baby out, dries it off, clothes it, feeds it and sets up a cot for it to sleep. The next day, yet another baby comes floating down the river. Soon, it is not just one baby a day, but many. Over the next while, an entire village is formed on the river banks. Teams work shifts, constantly improving their response time, their ability to pull the babies out of the water in the most gentle way and to resuscitate and stabilise the babies as quickly as possible. Others work to set up baby care shelters, while still others establish well-baby clinics, food-sustainability initiatives, creches, schools, skills-training colleges and employment programmes for a constantly growing and expanding population. And still the babies keep coming down the river…sometimes in numbers which almost overwhelm the carefully planned, tested and improved standard operating procedures and development initiatives.

One day, the woman who started it all gets a group together and they set off upstream to discover where all the babies are coming from…

This is a well-used story in the relief-development-advocacy arena. Depending on who is telling the story, what the group finds upstream is spelled out or left to our imagination, but the gist remains: at some point, along with our best efforts to give life-long dignity to those who are most vulnerable amongst us, we need to do the work of figuring out what is causing the continued and exacerbated vulnerability** and start tackling those causes.

I have begun to think of vulnerability in terms of 5 “S”es. While we may reasonably expect human beings to be vulnerable in certain life stages (eg. infants and elderly), seasons (eg. pregnancy) or situations (eg injury, disability or job loss), when we see perpetual vulnerability amongst large numbers of our siblings, we need to ask which systems and structures keep producing this vulnerability… and work to dismantle them! In biblical terms, I see God’s instructions in Micah 6:8 to love mercy as applying to different stages, seasons and situations, to act justly as applying to the systems and structures (working to restore right relationship between all people, God and creation) and to walk humbly with our God as constantly checking in and aligning with God so that we can at all times work strategically but not get totally overwhelmed or think we are the saviours!

In its vision to see the Church actively living out the peace and justice of God for the world, The Warehouse operates in the complexity of this “eco-system” which produces, maintains and exacerbates vulnerability, inequality, powerlessness and disconnection. At whichever “place on the river” we and the churches we work with find ourselves, we are conscious of what lies upstream and downstream of us. Hence, while some of us convene and equip churches to respond to disasters, others will be addressing church land and spatial justice. While some concentrate on ensuring the safety and protection of children in ECD centres and churches, others work with and mentor young leaders who are growing in influence. While some walk alongside churches as they address continuous trauma in their congregations, others are running mobile classrooms for church leaders around the city, finding ways to help church groups read the bible in the context in which it was written as well as the contexts in which we find ourselves today, producing resources to help people explore their power and privilege through God’s restorative lens and organising church leaders to stand in solidarity with homeless people who are being victimised by laws which were ultimately meant to protect, not harm “the least of these”.

For this update, we wanted to zoom in on what churches can do and are doing to address disasters such as the fires and floods which sweep through informal settlements, destroying hundreds of homes and displacing thousands of already-vulnerable family members of ours. We love mercy and so we are encouraged to respond in such a way that the image of God in each person affected and responding is upheld and honoured – with best practice models, with standard operating procedures, with guidelines, discipleship and systems for giving well. And we would love to invite you to journey with us upstream so together we can work to dismantle that which keeps our families and siblings in situations which need these responses.

**While this metaphor uses the image of babies floating down a river to portray vulnerable individuals, it should not be interpreted in such a way as to patronise or infantalise those who are vulnerable. Rather we should see it as directing our attention to the fact that certain people, for whatever reason (be it due to something short term such as a fire or a cyclone, or something longer term such as poverty or disability in an ableist society), are vulnerable, and much of the time this is due to unjust systems that create vulnerability. For those doing the work of relief or advocacy, it is key to recognise the people they seek to serve as those fully able to see, analyse and create solutions for the problems they face – they are not helpless victims waiting to be rescued, and falling into the trap of that problematic belief is dangerous for everyone. This metaphor seeks to tap into one of our best human impulses – that which views the safety and flourishing of each infant and child as a collective responsibility – and awaken the realisation that the safety and flourishing of each of our siblings, in all life stages and locations in our city, country, continent and world is as much a collective responsibility.