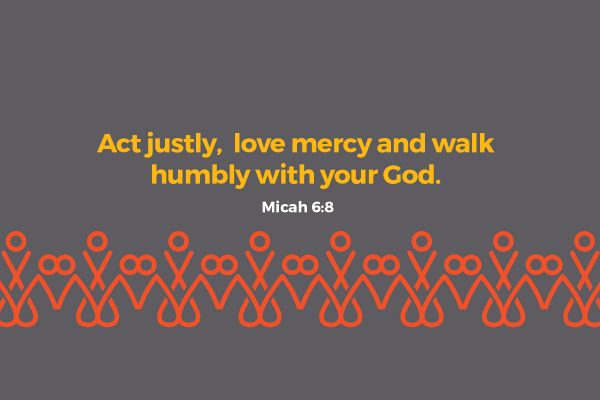 Mary and the Slaughtered Sheep

The first Sunday in December marks the beginning of the season of Advent, where we not only look forward to the birth of Jesus on Christmas Day, but we also look ahead to his second coming.

The birth of the Messiah had been long anticipated among the Jews, but as the time drew near there was a flurry of Holy Spirit activity and prophesy, well described in the Gospel of Luke. Mary, the person at the centre of events to come, must have been overwhelmed by conflicting emotions when she went to spend her first trimester with her older cousin, Elizabeth (Luke 1:39,40,56). Before this, she could barely speak in monosyllables, but as Elizabeth acknowledges that Mary is actually carrying the Christ Child, Mary bursts into what has become known as The Song of Mary (Luke 1:46-55). The song is a beautiful proclamation of the glory of God, but it also contains some very interesting assertions.

46My soul glorifies the Lord – and so it should! My spirit rejoices – absolutely – He has been mindful… all will call me blessed – totally, holy is his name, yes!  But then look at v51:

51He has performed mighty deeds with his arm;he has scattered those who are proud in their inmost thoughts. 52 He has brought down rulers from their thrones but has lifted up the humble. 53 He has filled the hungry with good things but has sent the rich away empty.

These are some strange things to say. Also strange is the similarity between this song and the prayer that Hannah prayed when she gave birth to her long-awaited son, Samuel. Look at 1 Samuel Ch2 from v4.

“The bows of the warriors are broken,but those who stumbled are armed with strength. 5 Those who were full hire themselves out for food, but those who were hungry are hungry no more. She who was barren has borne seven children, but she who has had many sons pines away.

.. Then to v8…
8 He raises the poor from the dustand lifts the needy from the ash heap; he seats them with princes and has them inherit a throne of honour.

Do you see the similarity?

What’s interesting is that the OT prophets, prophesies about the coming Messiah, and prophetic words about Jesus himself around his birth were not about a sweet little rosy-cheeked babe in a manger with chubby cherubs flitting about the rafters and smiling sheep and oxen standing by. They weren’t even about a gentle Jesus meek and mild.

Instead, there was a lot about pain, and there was a lot about restitution –revolution even – bringing down rulers, lifting up the humble, the rich becoming poor and the poor, rich. The song of Zechariah, prophesying over John the Baptist who paved the way for Jesus, speaks of “salvation from our enemies and from all who hate us”, “to shine on those living in darkness and in the shadow of death” (Luke 1:71-74).

Then there’s Anna’s prophesy to Mary when Jesus was presented at the temple. Luke 2:33

“This child is destined to cause the falling and rising of many in Israel, and to be a sign that will be spoken against, 35 so that the thoughts of many hearts will be revealed. And a sword will pierce your own soul too.”

So far there is very little about peace and joy and a lot that looks very political! Jesus himself on beginning his ministry as described in Luke 4, quoted Isaiah 61. He could have chosen ANYTHING! But he reads:

The Spirit of the Lord is on me, because he has anointed me to proclaim good news to the poor. He has sent me to proclaim freedom for the prisoners and recovery of sight for the blind, to set the oppressed free, to proclaim the year of the Lord’s favour.

That was Jesus’ summary of his ministry, a focus on the poor, the prisoner, the oppressed, blind, deaf – all people living on the margins of society; people who were unrecognised or who had no status. In fact Jesus’ entire life demonstrates the plight of the poor and oppressed. He was conceived out of wedlock, a member of a race that had been enslaved, was homeless when born as his parents were displaced following an impossible demand by a ruthless king (everyone having to register for the census in the place of their birth). He was born in a stable that must have been draughty, unsanitary and quite stinky – after all, animals sleep, eat and defecate there. Soon after his birth Jesus’ family had to flee for his life, and he became a refugee, spending the first years of his life in a foreign country.

During his ministry Jesus spent time with women and children, treating them with honour and respect that were not the norm in those days, and often treating religious leaders and rulers with total disrespect! The people he healed were people who would not have been able to earn an income, at a time when there was no such thing as disability grants or pensions. With such healing came restoration of people’s dignity, ability to work and make a living, to be independent, and to be recognised in society.

How did Jesus and Christianity become hijacked by the rich and powerful when everything about him favours the poor and dispossessed? Do you see why we need to develop a whole new way of looking at the message of Jesus and of Christmas in particular?

Let’s take a look at the second aspect of Advent, that of looking forward to the second coming of Jesus.

The book of Revelation is full of things that will happen as part of Jesus’ coming to claim his bride. While there is reference to Jesus in the first four chapters of Revelation, his first actual appearance is in Chapter 5, and how does he present himself? Rev 5:5:

What does a dead lamb look like? Have you ever been in an abattoir, or a butchery? Anyone ever been on a farm and witnessed or taken part in the slaughtering of a sheep or goat? I’ve seen a goat being slaughtered, and it’s not pretty! Yet that’s how Jesus chose to present himself in his risen, ascended glory, in his heavenly body. We all know about the risen Jesus revealing his wounds to Thomas. And those were not just scars but wounds so deep that Thomas was able to put his hand right into Jesus’ side. Jesus, in his risen state, chose to keep his wounds. And here, in the Revelation passage, even in his ascended and glorified state, his wounds are still there. Is this the Gentle Jesus meek and mild whom we see in pictures smiling sweetly with his blue eyes? Seemingly not.

Everything about Jesus shows that he is deeply in touch with the realities of pain, sorrow death and dispossession. We sing “’tis the season to be jolly”, implying that if life is not jolly for you, then there’s something wrong with you, and you’d better put on a smiling face before you make the rest of us miserable. That’s what the world says, but Jesus never said or even implied anything like that. Jesus never expected us to pretend that there’s no pain. He set himself in every way in the midst of the deepest pain and gravest poverty. From before his birth, right up till after his death and resurrection and ascension.

Do you know that December is one of the months when most suicides occur? Yet everything about Jesus shows that he knows, that he cares, that he is there. And the fact that he carried his wounds right into glory shows that he never stops caring. He never stops being in the centre of pain and sorrow and despair. It’s important to remember that, especially when depression and distress are high. We need to cancel shame or the lie that “I’m not supposed to feel this way”, and to feel free to speak to someone, ask someone to pray and not pretend that everything’s ok.

Of course we must never forget that the wounds Jesus carries are not just his, but ours; our stuff that he has taken upon himself. So it’s not just that he identifies with us, he actually takes it off us, lifts the burden, invites us to simply let go and let him take it.

Finally, if you’re wealthy, stop seeing your wealth as a sign of God’s blessing and favour. Ask God to show you ways in which it’s actually a result of unequal privilege and unfair advantage, then ask him to show you how to make redress. Enter places of pain in our country and listen to what others are saying and feeling. If you find yourself in a place of pain and poverty, know and believe that Jesus sees and knows exactly what you’re going through, that your struggles are not a punishment nor God’s will, nor the cross that you must bear. God does have a way out for you.

Craig Stewart June 1, 2021
PrevPreviousProtesting Borders
NextTo Heal the Ache in the Heart of the Wretched – a story of hopeNext